The History Of The Bayerischer Bahnhof

Ceremonious Opening of the First Section 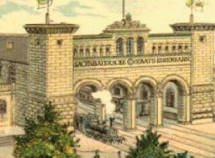 The rail track’s first section of the "Sächsisch-Baiersche Eisenbahn" runs between the cities Leipzig and Altenburg. It was opened for traffic after seven years of intense negotiations and fourteen months construction time. The trains made stops at simple shacks which only provided scanty shelter against the rain. Yet the architectural vision of the architect Christian August Eduard Pötzsch – the Bayerischer Bahnhof – came to the rescue. The building process had already started, financed through private capital stock, because the investors expected a big capital gain through the train business.

The Takeover by the Kingdom of Saxony 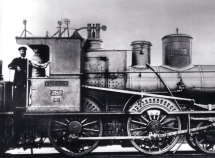 The classical facilities of the Bayerischer Bahnhof was pioneering for the construction of railway station at the time, and was opened to its intended purposes. However, not everyone applauded the generous complex. The shareholders referred to it as a “temple of waste.”

Today, we can be grateful to the architect Pötzsch that he once prevailed against miserly investors. In 1847, the private company ran out of money, not because of the station itself but because of the elaborate and thus cost-intensive constructions of bridges in the Vogtland region. The Kingdom of Saxony stepped in - and established the state railway between Leipzig and Görlitz.

The Golden Era of the Bayerischer Bahnhof 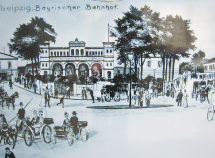 During 1875 one million passengers travelled through the Bayerischer Bahnhof. One can imagine the crowded hurry on the platform. The station was Leipzig’s connection to the south and sent travellers on their way to reach the destinations Bavaria, Austria, and Italy. The Bayerischer Bahnhof gained importance as transportation hub in Leipzig’s striving business environment as congress and commerce centre. Kings and gentry as well as tradesmen and workers passed through the station.

The golden era of the Bayerischer Bahnhof ended in 1912 when the main station at the other end of the city was opened and all long-distance travel trains departed there. 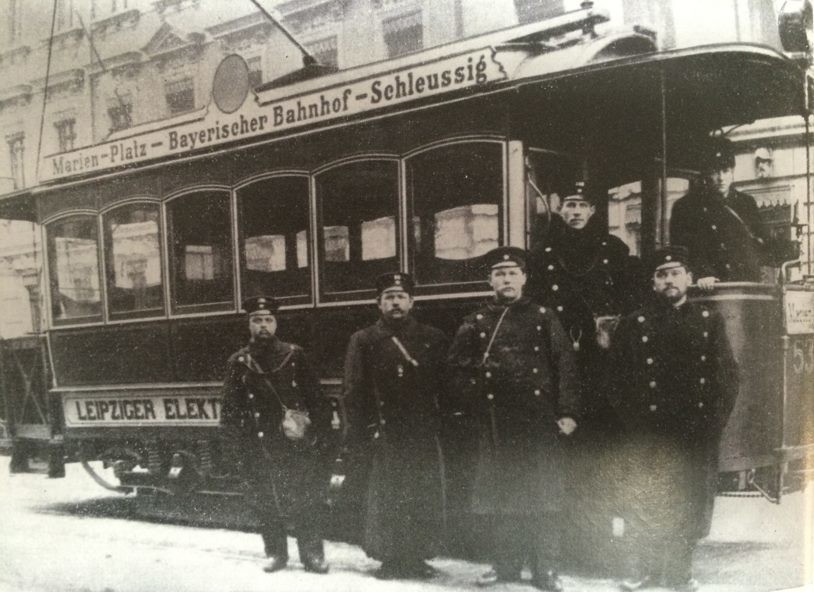 Our main square was named for the first time on 7.6.1843 - as "Am Baierischen Platz". The original spelling with -ai- was used, although the Y had been obligatory in Bavaria since 1825. This was certainly also due to the titling of the Sächsisch-Baiersche Eisenbahn-Compagnie. Thus, in 1843, it was decided to revert to the old spelling - surely because it was common in Leipzig. In 1890, our address was still "Am Baierischen Platz", but the station was already under a new name, as it had belonged to the Saxon state since 1847 and had to get a modern name. The new lettering "Sächs. Bayersche Staatseisenbahn" (Saxon State Railway) can be seen again today in its original form at the Portikus, despite the fact that this name was removed again in the 1920s.
In 1929, our area was renamed "Bayrischer Platz" (Bavarian Square) - for whatever reason, that can only be assumed at present. Most likely the "Am" was a nuisance, as it was not the right name for the square. And then the "y" started to catch on after 100 years. The missing "e" is a special feature, indicating a colloquial term, while Bavarian is considered official.

War Damage and Turning into a Landmark 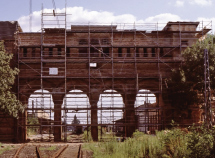 The Bayerischer Bahnhof was partly destroyed during air strikes of the Allied troops during the Second World War. The passenger area, the main hall, and the administration building were almost completely destroyed, yet the daily business continued. After the war not enough financial resources were available to rebuild the train station. The Bayerischer Bahnhof slowly decayed, but all plans to tear the buildings down were put off.

After the German reunification in 1990 Bavarian friends and supporters of trains and historical architecture started an initiative that led the Deutsche Reichsbahn to rebuild the eye-catching Portikus. The historical landmark was completely restored and is now as majestic as ever. 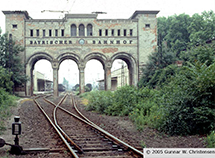 The Deutsche Bahn AG and the brewery owner Thomas Schneider announced their plans to rebuild and to restore the buildings and to open a restaurant at the historical site. With these plans the Bayerischer Bahnhof finally had a new perspective.

The building project began in May 1999. The historical buildings were restored with the greatest care and meticulous attention to detail under the supervision of a committee for the preservation of historic landmarks. The public followed the whole process with great interest – since the Bayerischer Bahnhof is a landmark representative of the city of Leipzig. 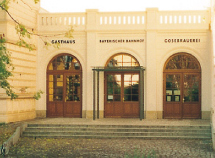 On 19 July 2000, the Gasthaus & Gosebrauerei Bayerischer Bahnhof welcomed its first guests. Miss Ingrid Biedenkopf, wife of the prime minister of Saxony, performed the ceremonious opening of the new place of hospitality. The old train station was transformed into a gemstone of Leipzig’s food and drink culture.

The Gasthaus & Gosebrauerei Bayerischer Bahnhof is the home of a beer specialty: the Original Leipziger Gose. This specialty and other beers are brewed at the in-house brewery. With the establishment of the restaurant and the brewery the Bayerischer Bahnhof has come to a full swing revival. 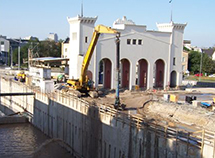 The Leipzig City Tunnel creates a direct railway connection between the southern area of the city and the main railway station to the north of the city centre. The new connection have been a significant improvement for the entire region in terms of speeding up the public transport services by train. In the emerging Central German S-Bahn network, the journey times are reduced by up to 20 minutes. 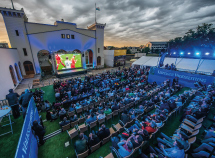 Yesterday numerous well spirited fans celebrated our national soccer team in the full EM Arena at the Portikus. The next hurdle will be on Saturday, 02 July 2016 at 9 pm. The team of the Bayerischen Bahnhof is looking forward to welcoming the fans.

There is still the opportunity to obtion one of the coveted catering coupons. 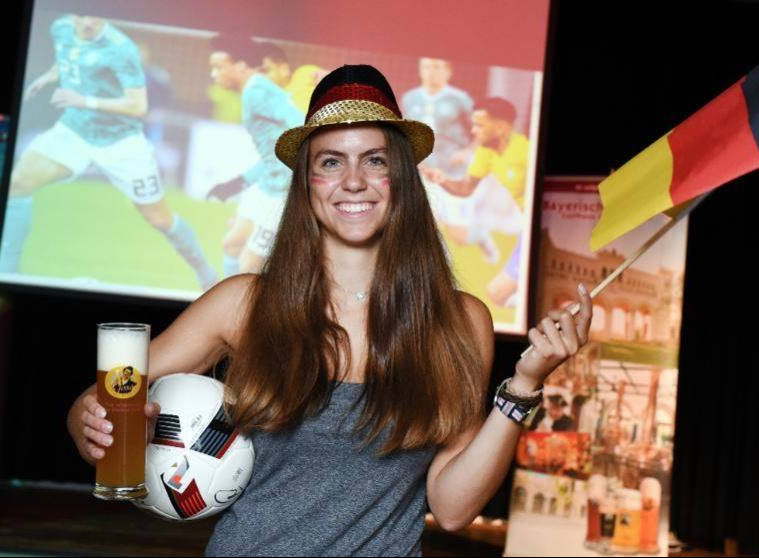 Despite the fact that our national team was knocked out in the group stage, we were able to combine culinary delights and sports activities during the World Cup. The atmosphere at our World Cup arena in the Schalterhalle remained excellent as always! 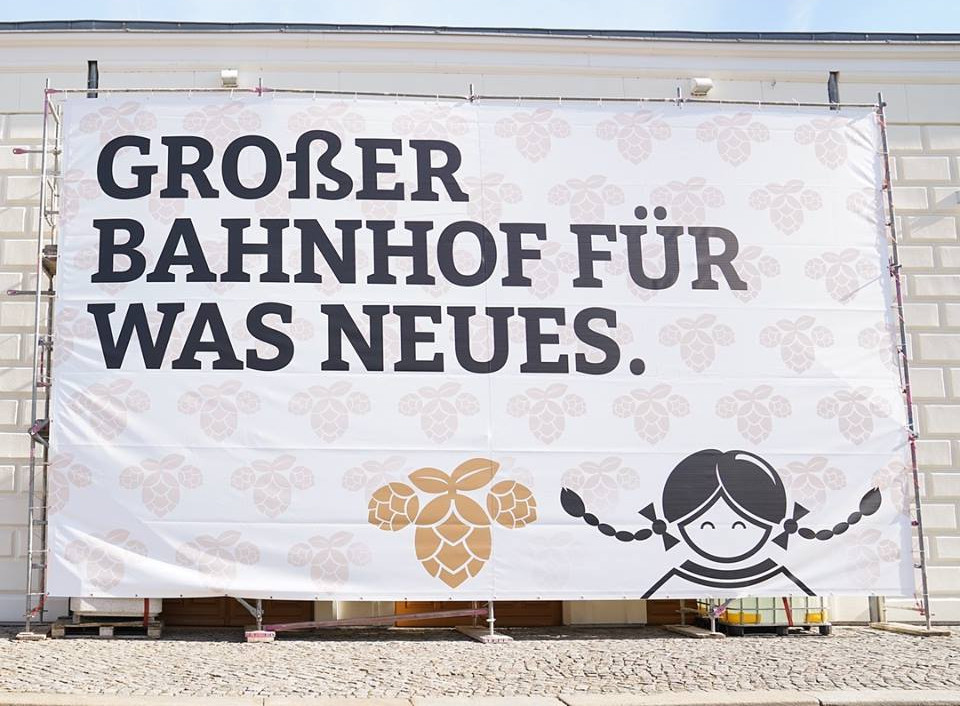 We have been working on expanding our offer in the Craft Beer segment by remodelling the Schalterhalle! A large craft beer arena is intended to be created. 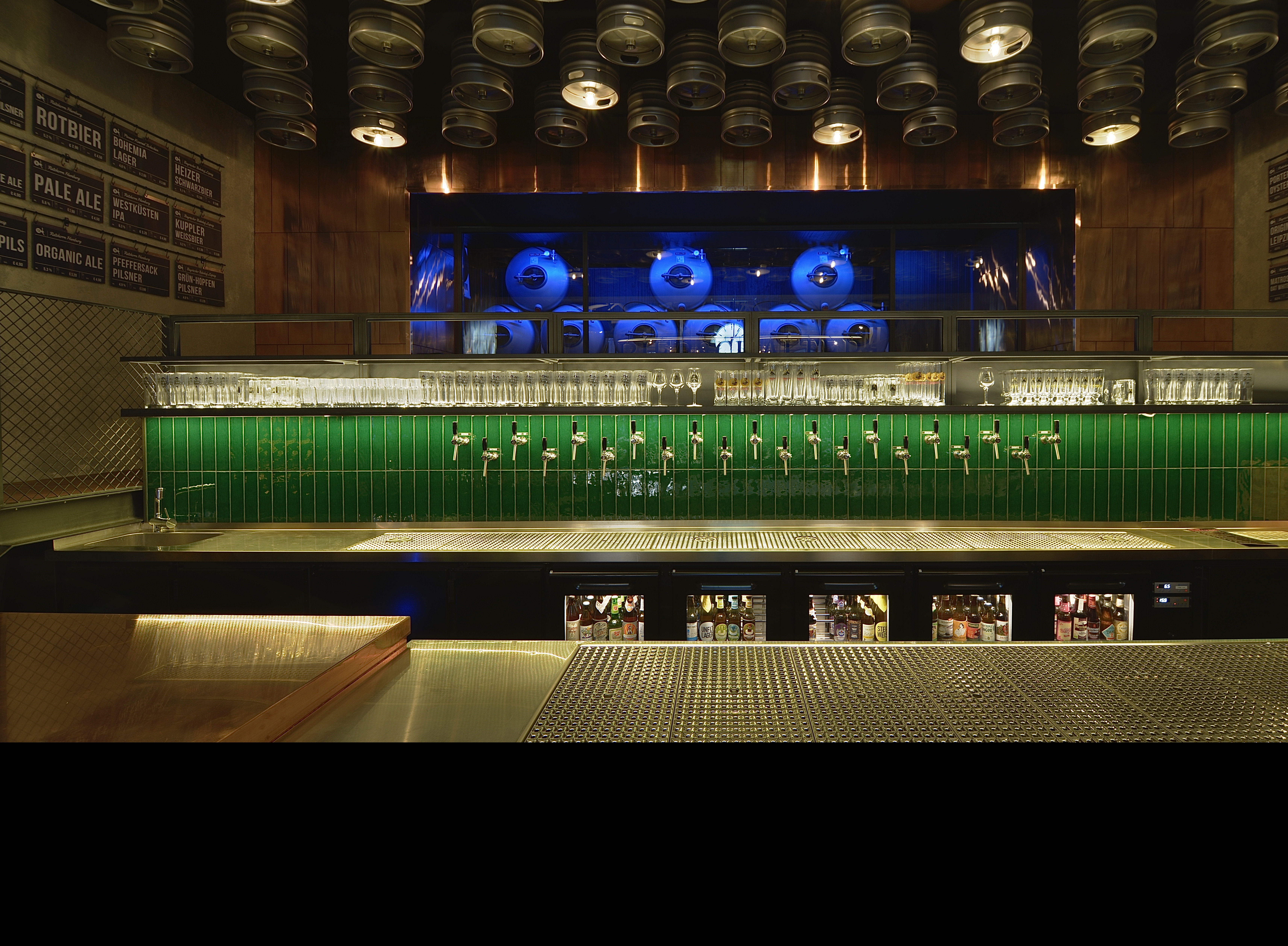 Our new Doldenmädel has been open since 16 October 2019.  We offer 100 different varieties of Craft Beer, including 20 types of beer, fresh from the barrel as well as the excellent cuisine.

Join us on a fascinating journey through the world of beers and let the spark of enthusiasm for Craft Beer spread!